Drummers Call is the journal of the Society, and it is published once a year. Whilst it might seem strange to write about an activity that is mostly about either playing or listening to music, the journal exists as a forum for society members to share their experiences and to discuss the finer points of Corps of Drums music. We also publish from time to time pieces of music where the copyright holder has given permission. 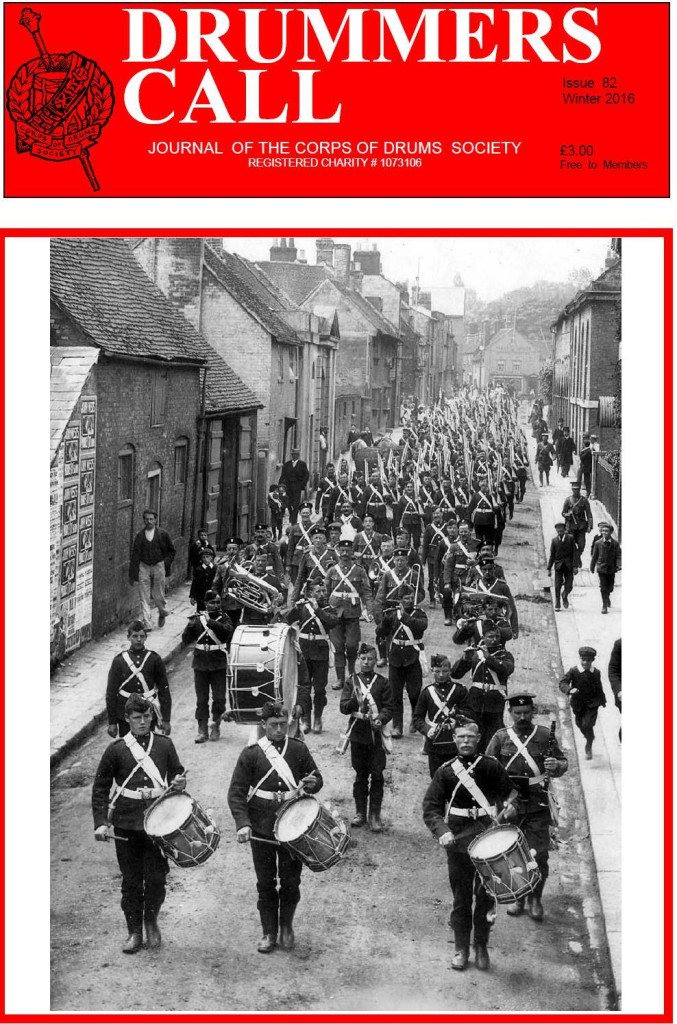 In recent times we have had the opportunity of travelling abroad and the light-hearted articles have entertained those not able to be present.

We are always pleased to receive reports from the Infantry Corps of Drums, many of whom are serving abroad, but all seem to find time to practice and hold the occasional concert for the locals.

The Editor is Geoff Fairfax MBE, who is always glad to hear from interested readers and potential contributors. Geoff can be contacted on editor@corpsofdrums.com