The first copy of Drummer’s Call was published in April 1978, some 8 months after the inaugural meeting of the founding Society members.

Here are some cover pages from past copies. Please remember that reprogarphics in the early 1980s were not what they are today.  One of the start up costs for the Society was £18 to get Phil Williams’ typewriter refurbished!

We are hoping to have the content scanned soon so that it can be made available to members in an electronic format. 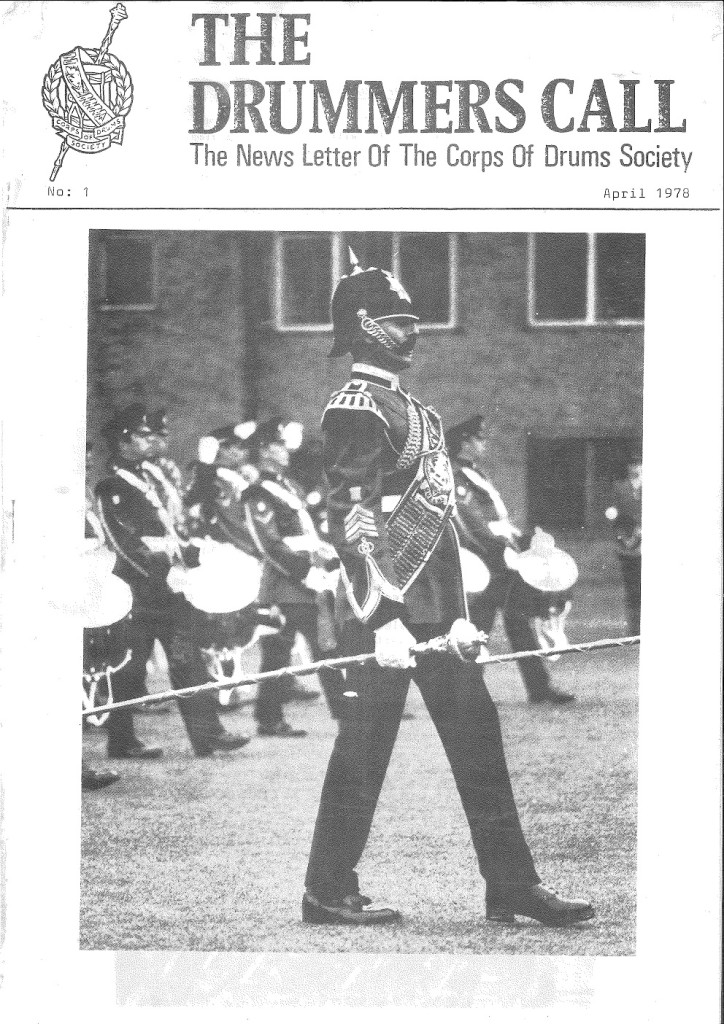 Issue No 2. September 1978. Side Drummer of the Guard’s Depot Corps of Drums. 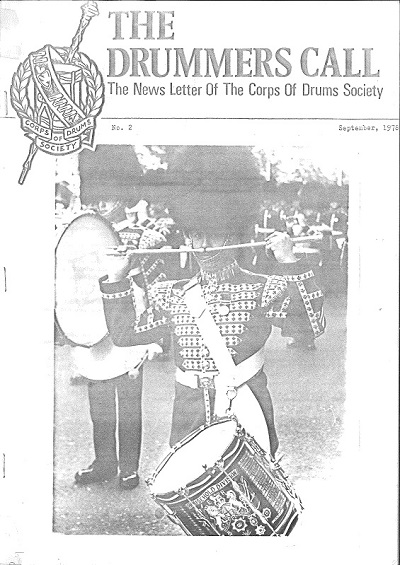 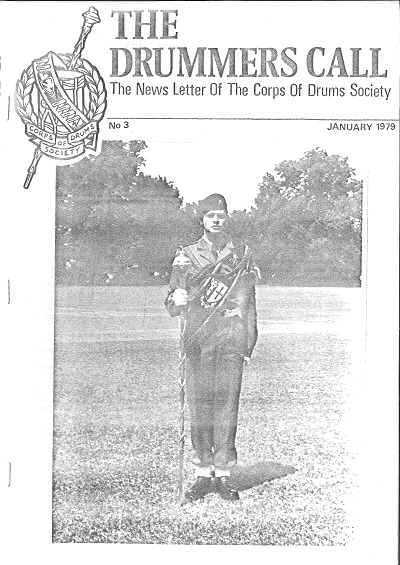 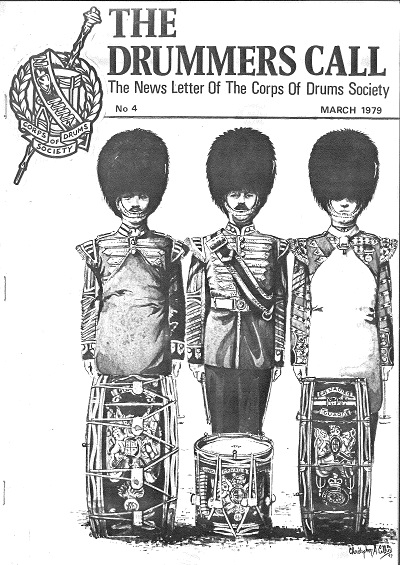 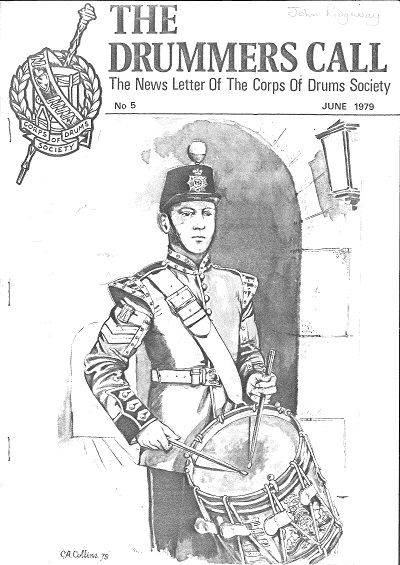 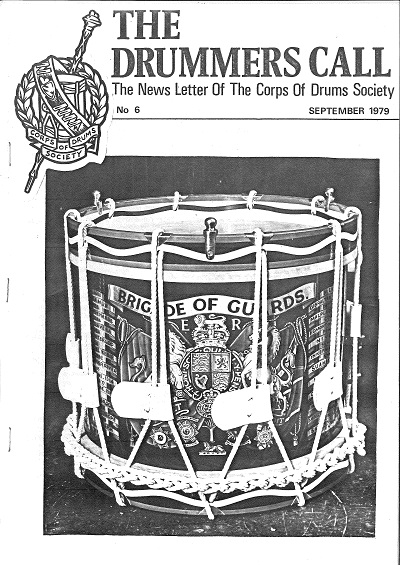 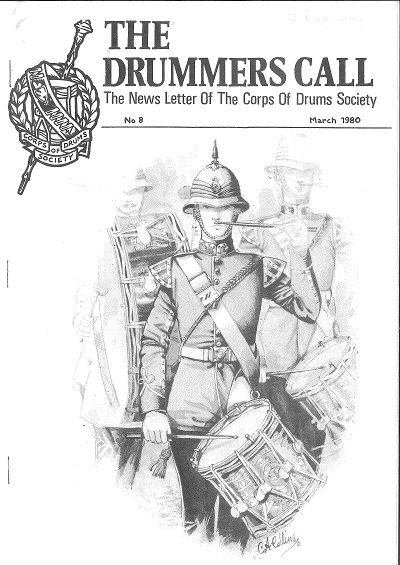 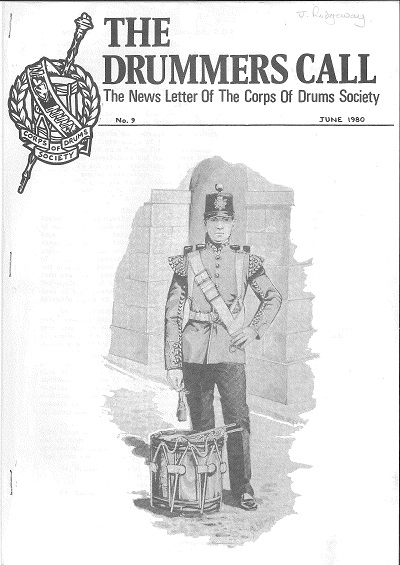 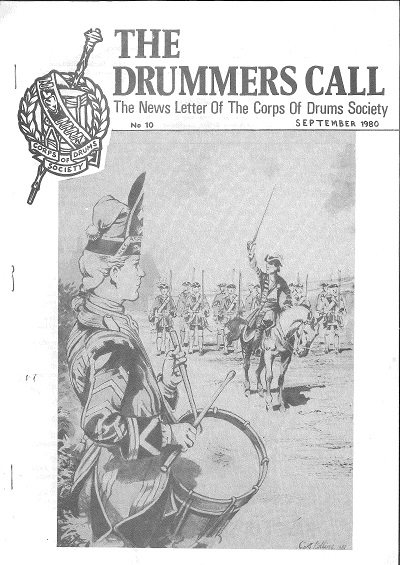 Here’s the winning entry to the caption competition published in issue 10. 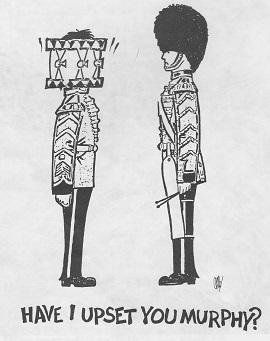 Issue No 11. December 1980. The Bank of England Picquet. Illustration by Chris Collins. 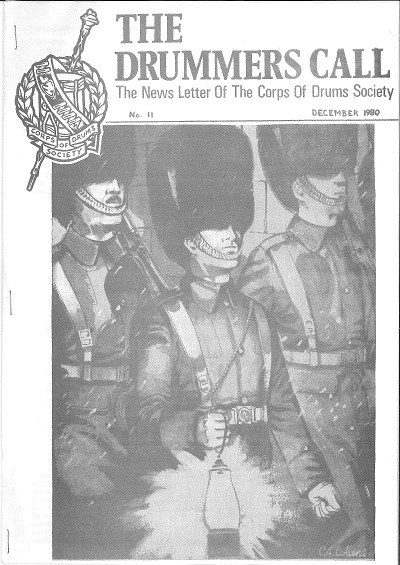 Issue No 12. March 1981. 3rd Bn Royal Anglian Regiment (The Pompadours) marching through Hertford having been given Freedom of the Town in 1980. 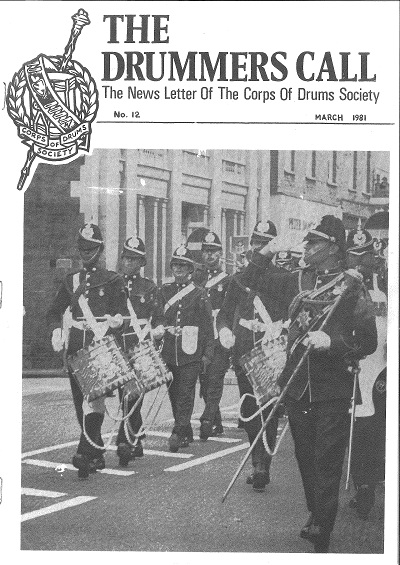 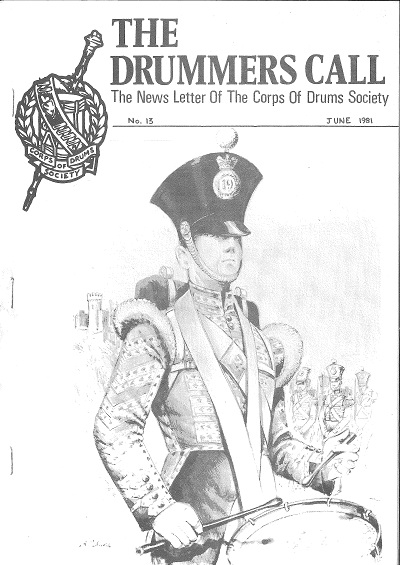 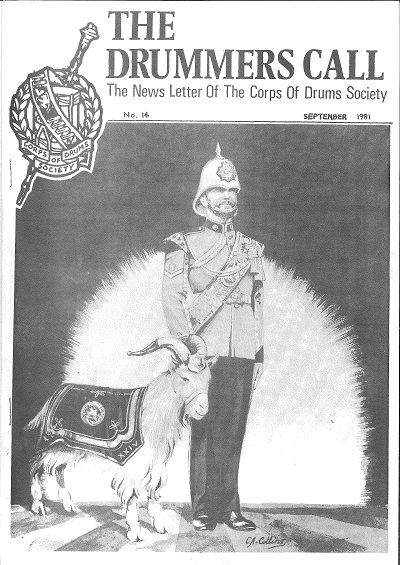 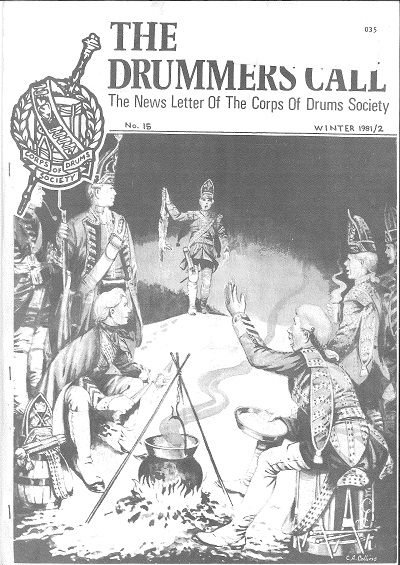 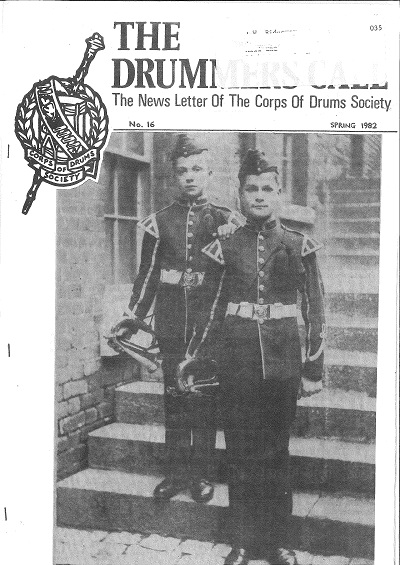 Issue No 17. Summer 1982. Illustration by Chris Collins of the mascot of The Parachute Regiment 1982. 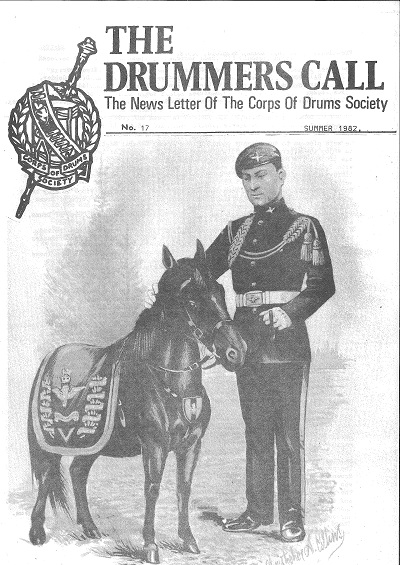 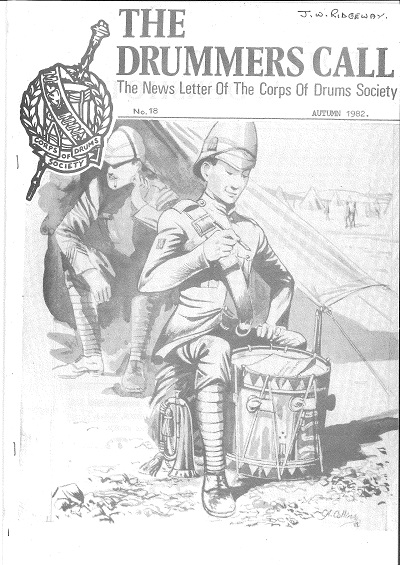 Here’s a photo published in the magazine journal “With the Flag to Pretoria” which could well have been Chris’ inspiration. The photo lacks the regimental detail which Chris added and was famous for. 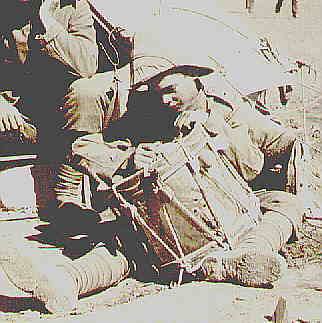 Issue No 19. Winter 1982/3. Phot of Leading Side Drummer D Swindells and Drummer P Fisher of the 1st Bn. The Cheshire Regiment. 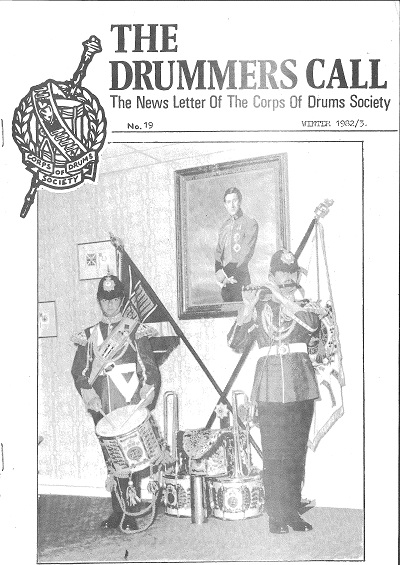 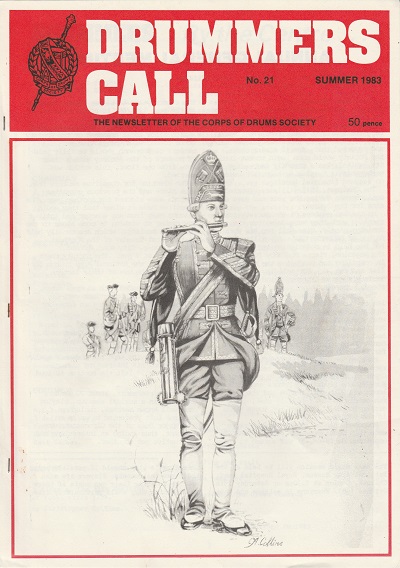 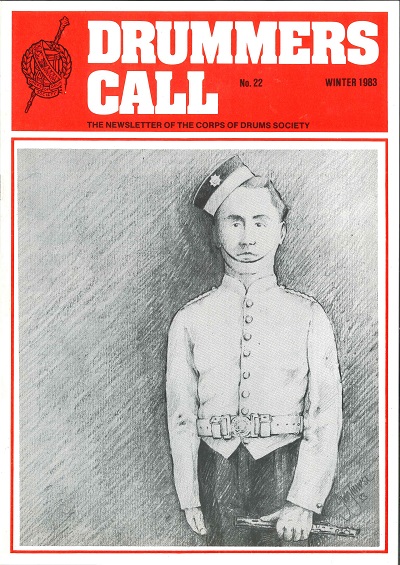 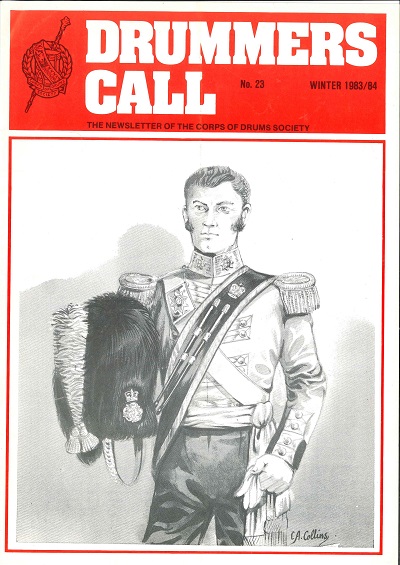 Issue No 25. Summer 1984. Illustration by Greg Tunesi of a Scots Guards time beater wearing No 2 Dress. 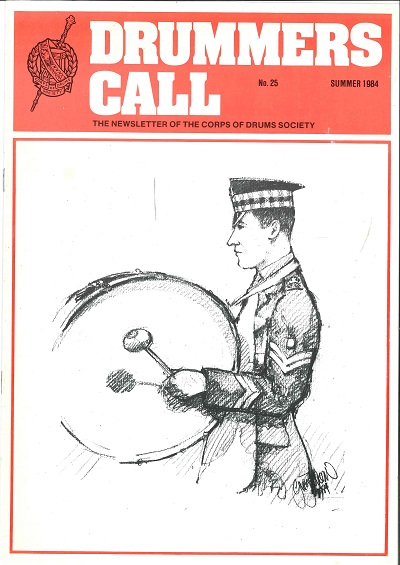